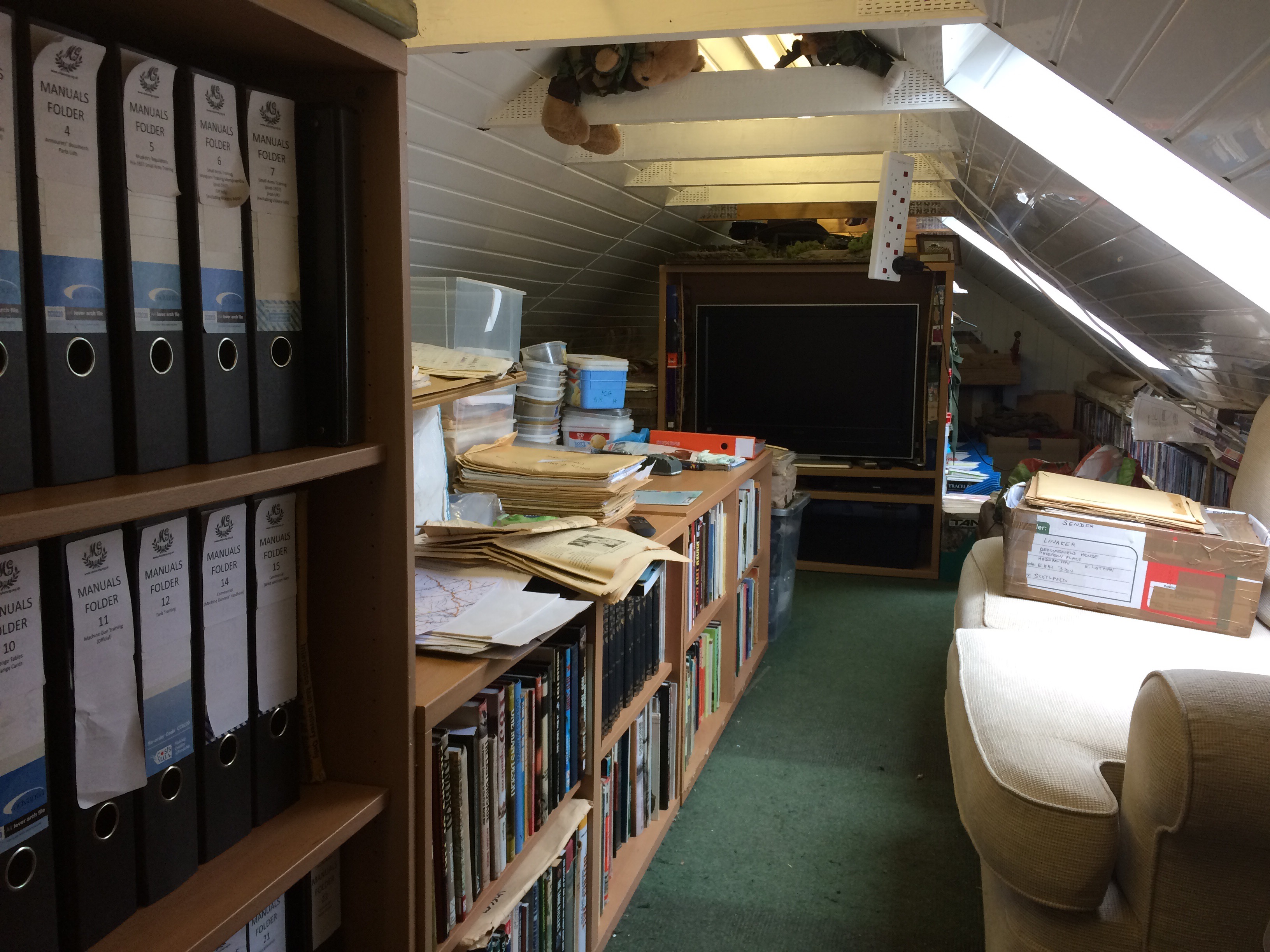 Given that this site allows for blog posts, I think I’m going to start trying to use them to write about things that don’t really fit anywhere else on the website.  This might be something that’s in the media or just in thinking at that time (I had thought about writing something on the use of the Vickers at Dunkirk when the film came out but was too busy and didn’t have enough content on the new site yet).  I can also write a bit more about new items that come into the collection and show them off a bit.  It’s usually some time between getting something and being able to incorporate it properly into the website and I use twitter and facebook to share these but you can’t get a lot of information across that way so I might use the blog for that as well.

These are my thoughts and musings so I’ll try to write them a little more colloquially and from my personal perspective, rather than the academic or ‘professional’ perspective that the website needs to be.

The first topic of 2018 though is aptly titled ‘2017’.  I want to take the opportunity of a first post to reflect on how the collection and the Association have developed.  This was the first year that I started to record who has visited the collection.  I’ve also done some ‘proper’ talks at the collection for interested groups, including the Western Front Association and the Ordnance Society.  I’ve really enjoyed them and it’s good to get a mix of explanation, discussion and demonstration that is difficult if you aren’t talking where you have the equipment to be able to pick up and explain what something actually means or how it was used.  There have been 88 unique visitors to the collection this year, with 51 repeat visits to bring the total ‘through the door’ to 139.  That includes some regulars who now access the archives as a routine part of their own research, and some helpers who help me look after the collection, keep it cleaned and oiled and loan some of their own items to display and store alongside the Association’s items.

The collection has continued to grow as well.  There has been a huge amount of archive material transferred as part of the Machine Gun Corps History Project, and has resulted in there being sufficient value to register the Association with The National Archives so that it is known about as widely as possible.  There are some real gems in this material that will provide some content for writing about in the future.  The physical objects related to the Vickers MG have also increased in number, including another Vickers:  Serial number L311 which identifies it as having been built in November 1914 and becoming the earliest Vickers in the collection.  Buying deactivated weapons has been frustrated in the UK because of 2017 legislation changes so I’ll have to see how that develops and whether the exemptions that were put into the legislation could apply to the Association as it develops.

It’s really important to have everything documented on an inventory and this is an ongoing project for new items but also including material that has been part of the collection for some time but never included on the inventory, such as books.  As of today, there are 6,177 records on the inventory, representing 15,371 identifying items (which could be a single round of inert ammunition, or a bundle of related papers).

Then there’s the website:  Much to my annoyance, Photobucket decided to change its sharing arrangements earlier in the year which meant that all of the images on the HTML-based site disappeared and were replaced with a ‘holding’ image.  Given that I had wanted an easier way of updating the site anyway, this spurred me to find another hosting solution and I’ve moved across to this wordpress site.  It’s been very successful.  I’m currently only using the free option which limits me a little bit but the downloadable manuals are the mainstay of the site and these are hosted perfectly and the links don’t drop out like they did before (I was using dropbox in the background before).  I made the first page live in July and the stats for 2017 show:

There are still a lot of pages to transfer across to the new site but the content can still be accessed from www.vickersmachinegun.org.uk for the time-being.  Once nearly all of it has moved, I’ll redirect that link to come here.

My challenges for the year include raising more money through the site as well.  I’ve not made any sales of manual DVDs since putting this site and the easier access manuals online.  There are higher-resolution images of all the manuals available to purchase through the sales page.  I’ve also had fewer donations through the new site as well which is a little bit worrying as I thought it would improve.  Thankfully, the visits have been supported by donations to keep things going and the external talks and work for the likes of the Army’s Land Warfare Centre, the Small Arms School Corps and the Bicester Heritage Flywheel Festival have kept turnover up by covering the expenses of travel.

Hopefully 2018 can build on these successes and develop more links, more visits I’d like to see it reach 100 unique visitors) and more research.  I’ve got a couple of active projects on the go to try and improve the Association’s standing and get recognition for the website and the work so hopefully they will happen and 2018 will be a positive year.