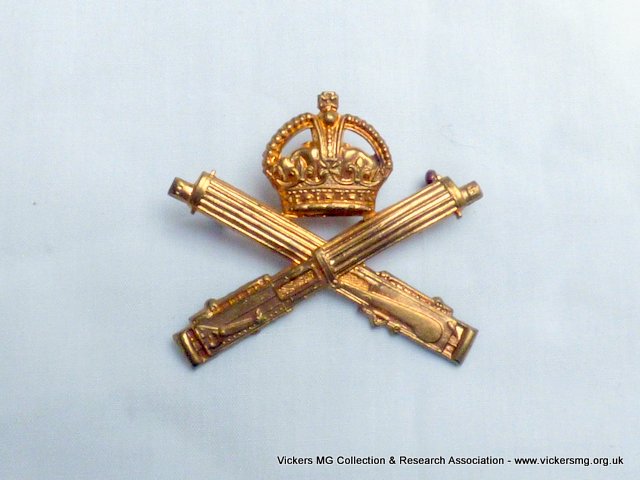 On 24th of August, it will be 103 years since the 100th Machine Gun Company of the Machine Gun Corps supported the attack on High Wood on the Somme. The story of them firing one million rounds from six guns in 12 hours has appeared throughout written and oral history since then. Did it happen?

It certainly intrigued Rich Willis enough to get in touch with Rich Fisher in Winter 2017/18 and start asking the technical questions about the capabilities of the Vickers, how much water would have been necessary, how quickly did the belt filling machine work and several others. It certainly warranted further investigation as one million rounds is a substantial feat. Rich W sent a draft of an idea for a magazine article to Rich F in February 2018. He’d written it during lunchtimes at work in about a week but it covered many of the pertinent points as he’d gone through the War Diary of 100 MG Company and read Hutchison’s account of the action in his book ‘Machine Guns’ (originally published in 1938 but reprinted in 2004 by Naval & Military Press).

Rich F knew that it had been cited in a lot of books in the Association’s library and found it in Hutchison’s 1919 unit memoir as well. By trawling through a wider range of material it was obvious that this might be suitable for a wider audience and, as it went against a lot of material written by well-established authors, it needed to be published with some credibility.

We investigated it together and did a bit of practical experimentation with the belt filling machine in the #VickersMG collection as well. We soon realised that something wasn’t quite right about the story and looked at it from several angles. Rich F spent some time writing it to fit an academic journal and originally intended to use the British Journal of Military History but that took a hiatus shortly after submission so delayed everything and an alternative outlet had to be found.

This has culminated in an academic article published in the First World War Studies journal of the International Society for First World War Studies. The article investigates the account from the records of the Company, the literature it which it has been cited and from the practical requirements – the logistics – for enabling such an action to take place. It also goes a little further as an example of the challenges when corroborating the accounts of veterans of conflict.

The Great War saw machine gunnery develop from a direct fire weapon through to mass indirect fire barrages. There is an account from High Wood in August 1916 that represents the pinnacle of these developments – firing one million rounds from ten guns in 12 hours. This research examines that account to determine what happened and the technical and logistical requirements of such a feat. By examining the war diaries and characteristics of the Vickers machine gun, it has been possible to identify what actually took place, what would have been necessary for one million rounds to be fired, the potential of Great War machine gunnery and challenge posed when citing first-hand accounts from veterans.

A copy of the ‘pre-print’ has also been placed on Rich Fisher’s ResearchGate page which includes other examples of work in the same area that he has completed, including a recent conference paper on the logistics of machine gunnery.

A copy of the ‘post-print’ document is also available here for download here.

We’ll continue to add information about this fascinating account over the next few weeks. Rich Willis has become a Member of the Vickers MG Collection & Research Association and is working on his own research projects as well.

Rich Willis and Rich Fisher recorded a podcast for the Western Front Association. We talk through the background to the research, what caught our interest and what we found. It’s available here.

It is now possible to purchase a revised edition of the 1919 History and Memoir of the 33rd Battalion Machine Gun Corps, including a full copy of the paper that challenges this account.

For more information and to view the ground discussed, we had the opportunity to visit the site of SAVOY TRENCH in August 2021.

1 thought on “One million rounds fired in 12 hours?”