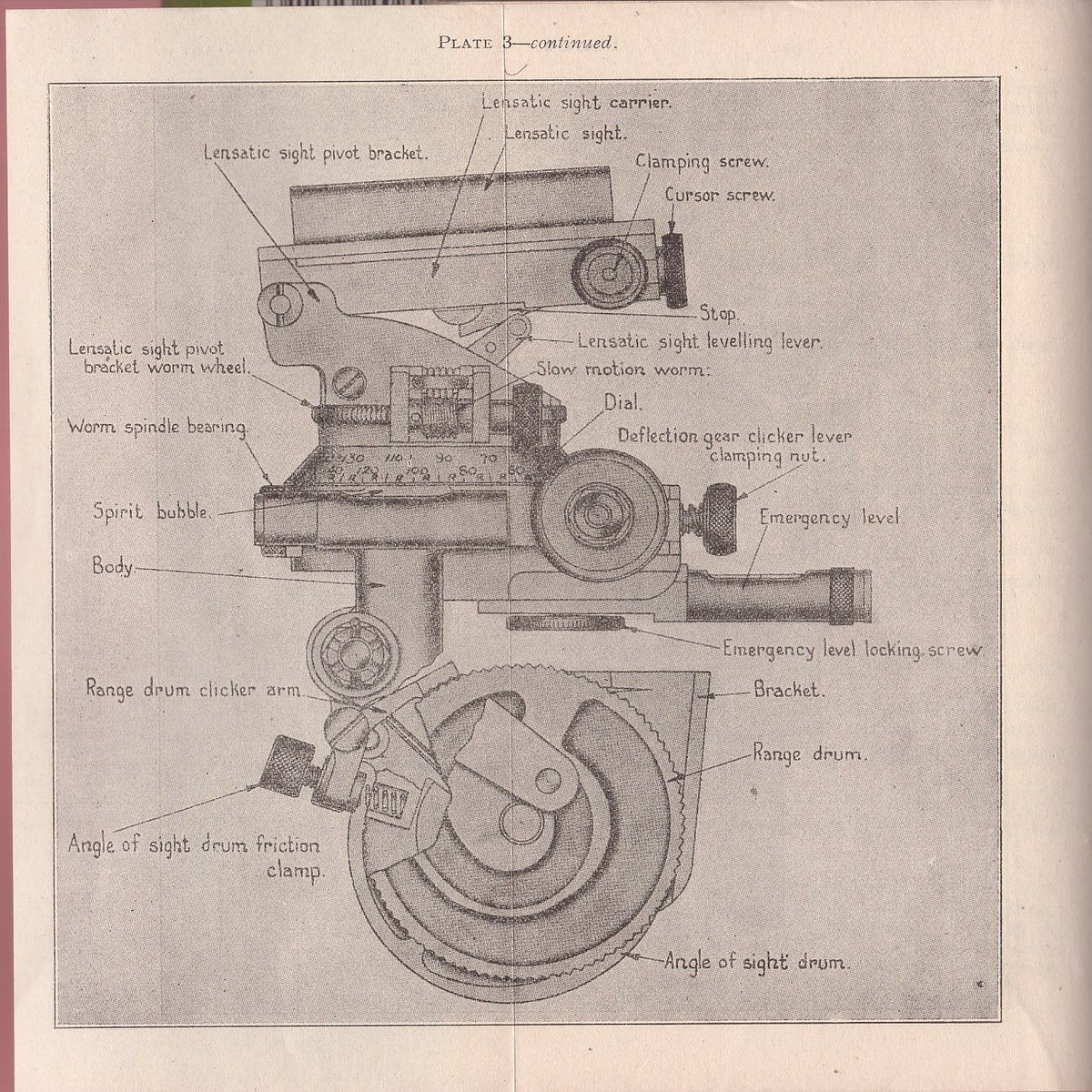 A target could be obscured by the terrain (such as a hill, ridge or woodland); smoke or fog (possibly intentional) or the darkness of the night. The #VickersMG is laid on an ‘aiming mark’ and then that becomes its zero line. (Aussie aiming lamp vid)

The instruments vary over time but the principles are the same: direction dial and elevating wheel; clinometer and bar foresight; dial sight. Only other change is the ammunition used (maybe another thread one day – Mk 7 v Mk 8z).

So, how does it work by #WW2: ammunition trajectory is relatively flat but does lift until the culminating point where it drops again. This results in curved path of bullet which helps increase the range and crest clearance.

A burst of ammunition creates a cone of fire because the vibration of the gun and miniscule differences in ammunition propellant means all rounds won’t hit the same exact spot. This exaggerates over distance, creating a beaten zone.

A beaten zone starts as a long-narrow shape, but then gets shorter as the bullet slope is steeper, then longer again as variations become more apparent. The beaten zone makes the #VickersMG (and MMGs in general) area weapons.

Because of the fire effect needed though, for indirect fire general principle is to have a minimum of four guns and ensure their beaten zones overlap. This creates an effective killing zone that can’t be observed by the enemy.

This also means that it can’t be observed by your own troops, hence the need for accurate calculations and ranges, so the rangefinder and large-scale maps become important in the planning stages.

Setting up four guns means you have a zero line and a pivot gun. All angles and fire control orders are then laid off of the zero line. It can be set up for many more guns, as long as they know their angle of switch.

To lay the guns in the first place, they need to be ‘paralleled’. This means they are all pointing in the same direction and the distance between the guns will be the breadth of the gun frontage and lines of fire whatever the range.

When paralleling the guns, the dial sight of No. 1 gun is pointed to look at the other guns and they set the lensatic sights on each other. Once aligned, the drums are all set to zero again. Any adjustment from zero will now be the same on each gun.

This is why you often see dial sights on guns at very weird angles and in no way pointing towards the target. They’re either pointing at the No. 1 gun or the aiming post.

For targets with a greater width than the gun frontage, you have to allow for a number of ‘taps’ of the gun crosspiece right or left (“2-inch tap”) to distribute fire. You have to use the slide rule or range tables to calculate this.

If the target is narrower, then you adjust the angle of switch for the necessary guns so they fire converges on the target.

If the target is longer than the beaten zone, you can raise and lower the elevation on the drum of the sight and relay the gun using the spirit level on the dial sight.

All of this was not taken lightly and was pre-planned using indirect fire charts (sometimes found in war diaries). It was complicated and the officers and NCOs of an MG unit had to be quite adept at completing these schemes quickly.

By the end of the #GreatWar and during the #SecondWorldWar there were mass concentrated barrages with up to 128 guns (Australians!) laid on the same targets or using the same fire control plan. With the correct zero lines and planning, all could switch with ease.

In 1945, a practice of ‘pepperpots’ became a feature of large scale attacks in NW Europe with multiple divisional MG Bns coordinating fire with mortars and artillery to lay down different barrages with different effects. Clever stuff!

We’re planning on recreating the training for this in the next few months so it will all be on youtube.com/VickersMGColle… but I’ll do a quick section during the next Q&A video too.

Plenty more on the website, with most of this taken from the 1951 manual which captured all of the wartime learning. vickersmg.blog/manual/1951-ma…

That’ll do for now and hopefully it helps explain the process and the complexity of it for people who are interested. Support us at patreon.com/vickersmg 22/22 (long one! – well done if you made it this far!)

2 thoughts on “Indirect Fire: A Primer”